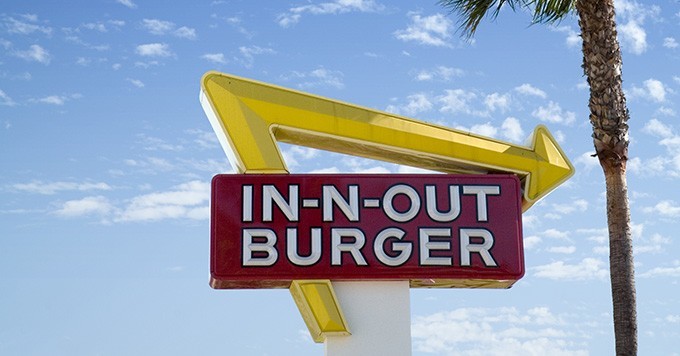 When I was in high school and the first half of college, I worked at a restaurant pretty similar to the one below:

That puts me right about where everyone else I knew was at the time…working a minimum wage job while going through school and trying to make the most of it.  The problem is, there’s not a lot of optimism or excitement to be had in a job like this…at least not for me.

Before I went to college I worked a year at a slightly more upscale fast food restaurant…if those two phrases can even coexist.  When I went off to college, I was forced to work at the same restaurant for the first two summers, despite making much more playing online poker.  It was one of my mom’s prerequisites for staying at home during the summer that I get a “real job.”  Only now does she know that I made about 5-10x as much during those summers playing poker than I did at my “real job.”

I had a tough time forcing myself to go in to work when I could have been making much more, which caused me to seriously undervalue what I could learn working the job.

Even if you’re not hustling on the side, it can be difficult to motivate yourself to perform well at jobs like these and they seem like utter wastes of time for the little bit of spending cash you get.

If you have even an inkling of interest in business, social skills, sales, or networking, there’s a way to make your job a lot more exciting…without doing anything.

All you need to do is reframe your experience.

Ever notice people who always seem to be upbeat and positive, even in the face of conditions that would cause most people to give up?  They could be going through the exact same experience as someone else, yet view it entirely different!  This is what you need to do if you want to extract the maximum value out of your experience working in what you might otherwise consider a “lame” job.

Instead of mentally describing your experiences as “working a dumb job to get a measly sum of money”, you’re now “getting paid to learn about business, social skills, sales, and networking.”  You’re now getting paid to go to school!

Things You Can Learn at a Lame Job

How to BANK on Tips

Most people who work service jobs don’t really know how to maximize the amount of tips that they get.  They might take home more a night in tips than they do in wages, yet still not pay attention to all of the little things that they can do to get even more tips.

If you’re working a job like this, try out:

The possibilities are endless and you can really get creative here.  I know of some people who go as far as to write this down in a chart and methodically figure out which combination of actions gives them the most money over time.  It might sound weird, but I’m pretty sure those that do this don’t mind being a little weird when they’re banking 30% more in tips than you are.

The very fact that you can be hired at minimum wage is a testament to the systemized nature of the businesses that most high school and college kids work in.  There’s a reason they can pay you so little…because almost anyone can do your job.  The less specialized the knowledge, the less a business needs to pay for labor.

You can either complain about it, or learn from it.  Figure out why they’re able to run so efficiently.  I’m pretty sure if you take a look at the employee handbook for your job, you’re going to see thousands of hours worth of work that’s gone into creating those exact guidlines and processes.  After all, someone had to create that book!  They turned their business into a lean and efficient machine, one that could be run primarily by people right off of the street!  It’s a very impressive feat and one that you can learn from and apply to your own life.

In most of these jobs you are forced to interact with a lot of complete strangers in a short amount of time.  Whether you’re behind the register, the host, or waiting tables, there are a lot of opportunities for you to get better socially in just a single night of work.

Even if you think you’re a naturally social person, there are still little things that you can improve on.