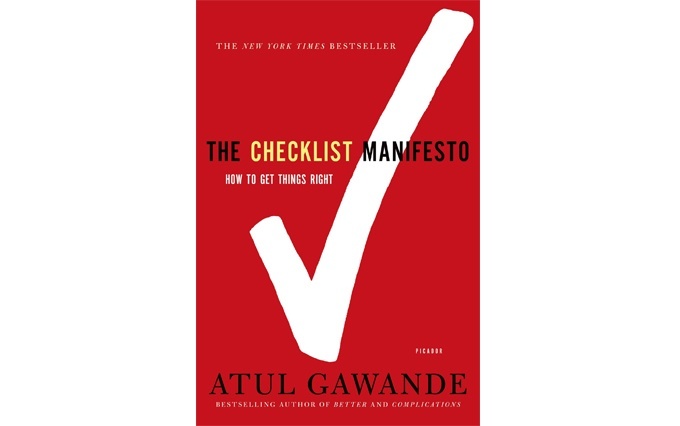 Under complex circumstances or in difficult situations, checklists are a fantastic way to improve performance and discipline, acting as a necessary baseline for change.

It’s by far the most in-depth look at checklists that I’ve ever read. As far as I know, it’s the only book that does that. Published in 2010, it’s quite modern and up-to-date. There’s a lot of really good examples in the book from the past 10-15 years or so.

Atul Gawande looks at a variety of different fields, such as surgery, structure, and cooking, among others. Problems arise because of two types of human failure. The first is ignorance, in which you just don’t have enough knowledge to make the right decision in a particular situation. The second is ineptitude. You have the ability to deal with a situation, but for whatever reason, you don’t. This lack of applying knowledge is the more common instigator of today’s problems.

Take the medical profession as an example. In response to very complex situations, doctors are becoming much more specialized. For example, rather than just being a general surgeon, or even a general cancer surgeon, Gawande specializes in removing tumors of the endocrine gland. But that doesn’t always work.

In a complex environment, failures are common, and are often a result of lack of attention or memory.  This happens particularly when one has a necessary list of steps that seem too mundane or routine. Often, skipping the steps you think don’t matter actually do.

It’ll help you learn about how to write an effective checklist, as well as the differences between a good checklist and a bad checklist: how to use them, how long it should be, what the best circumstances are to implement them, and how to make sure people follow them. It’s definitely not a soft skill. This is how to write and use a checklist that works, and gets things done.

One particular story stood out. A doctor by the name of Peter Pronovost first recognized the importance of checklists in a hospital. At that hospital, they started just using a checklist to when using a ‘central line.’ A central line goes into someone’s arm or body to insert medication. They found that after 10 days with a central line inserted, roughly 11% of patients got an infection from it. Of those patients, some died. It was a very costly, difficult, and resource heavy predicament.

After implementing this simple four-step checklist for central line infections, they tracked the results over the course of a year. They found that the rate of central line infections went from 11% to 0%. Over course of that year, 43 infections and 8 deaths were prevented, saving around $2 million in costs. All from a very simple four-step checklist. This illustrates the power a checklist can have, even in a very simple situation.

If you don’t have the time to read the whole book, Gawande wrote a very good New Yorker article on the very same topic. This book was essentially written off the back of that article. It covers the same material, just in more detail. It’s worth checking out if you’ve only got a little bit of time and you want to get the general gist of the book.