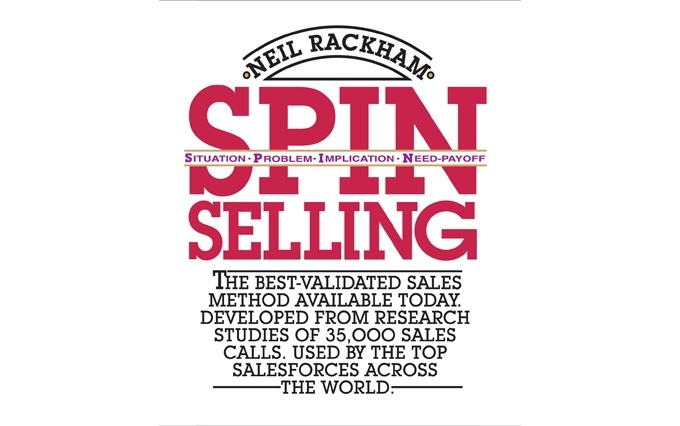 It gives you a formula to follow, allowing you to quickly figure out what your client needs and how to help them with that.

This book will help you avoid being despised in the way that a lot of people typically despise salespeople. It teaches techniques that focus on solving problems, rather than forcing something on someone.

What Does This Book Share That Similar books Do Not?

Many sales books give you one-liners to use in order to start a conversation, or to close a deal. This book—rightly so—discussed that’s very much the wrong way to go about it. The right way is to figure out the problem the person has by listening to both their explicit and implicit desires in terms of the problems they want to fix. Then, you present a solution and advance the whole conversation forward, but in a way in which they don’t feel like you’re forcing them: you want to make them feel like they came to it on their own.

Really experienced salespeople don’t need to read this, as it’ll be redundant. But it certainly doesn’t hurt.

By asking the right questions and closely listening to people, their implict needs—the things they don’t normally say they need—will be revealed. If you can get an implicit need to become an explicit need, then you have a high likelihood of winning. If you get someone to the point in the conversation where they say what they actually need, you are then able to present a solution to their problem. And that’s a really great way to go.

What Part Of The Book Was Most illustrative Or Memorable?

There is a whole chapter on not using cliché closing tactics. There was an illustrated situation in which someone used closing tactics on a prospect, and the prospect took out a bunch of note cards of cliché closing tactics, gave them to the salesperson, and said, “I just caught you doing one. If you do any of those other ones, I’m going to kick you out of here.” That’s a great illustration of people who are on alert for closing tactics, either professional buyers or those who just have a lot of experience buying stuff. Many times, closing tactics are dishonest because they’re just about closing as soon as possible, rather than seeing the end in terms of successfully listening, learning, and solving all potential problems.

The section on explicit/implicit needs. That’s where you can have some extra wins, which you couldn’t have predicted otherwise. Many salespeople enter a situation thinking they know what the person could buy. Being aware of and taking the time to discover a client’s implicit needs will broaden the potential of helping them and thus closing a sale.