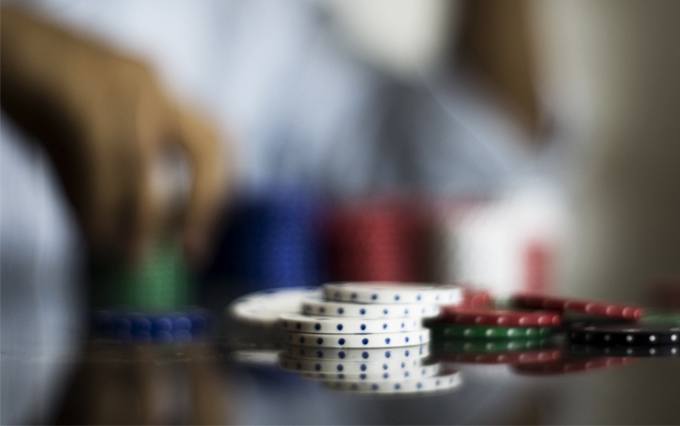 Having played, coached, and invested in online poker throughout my college years, the concept of “tilt” is one that I’m intimately familiar with.  While it’s not quite a mental model in the traditional sense of the word, tilt is a helpful way to view your emotional state in high-stakes environments:

Tilt is a poker term for a state of mental or emotional confusion or frustration in which a player adopts a less than optimal strategy, usually resulting in the player becoming over-aggressive. – Wikipedia

Tilting usually occurs when you get an outcome that you did not want or expect – for instance, losing an all-in with AA, the best pre-flop hand in No-Limit Texas Hold’Em. Statistically you win that about 80% of the time, so the 20% of times that you do end up losing the hand can become emotionally frustrating.

One of my favorite quotes about tilt comes from Gigabet, an old poster on an old poker forum that I used to frequent:

“Everyone will eventually run worse [have worse luck] than they thought was possible. The difference between a winner and a loser is the latter thinks he doesn’t deserve it.”

There are many ways to trigger tilt in someone, all dependent on their emotional resilience and ability to recognize what’s happening to their emotional state in real-time. In poker, some of the following situations might cause a player to tilt:

And so on. Again, the primary trigger is when you’ve done something (or had something done to you) that is contrary to what you want – in poker, that’s winning the hand.

Although its origins are in the poker world, tilt is a very useful concept in many games of strategy, as well as in business and life.  In strategic video games tilt is becoming more and more recognized as a significant factor in quality of play, especially the real-time strategy genre where games like Starcraft II reign supreme.

If you take nothing else out of this primer on tilt, know that learning to tilt less allows you to beat your opponents more often without fundamentally improving at a game.

Think of it this way: you’re playing tennis against a friend of yours. He’s better than you at the fundamentals of tennis, but is hot-headed and can be thrown off of his A game.   When he tilts, he plays his B game 70% of the time. When he’s tilting hard, he’ll play his C game (this happens about 30% of the time that he tilts).

You on the other hand are unflappable. You might not serve as accurately or as fast as him, and you might not have as strong of a backhand as he does, but you play at your A game almost all of the time, and your A game is only 10% worse than his. But your A game is 30% better than his B game, and twice as good as his C game.

If your friend could tilt as rarely as you do, he would consistently beat you in the long run. However, your ability to control your emotional state when playing him is what allows you to get the edge on him – and it has nothing to do with your raw tennis skills.

As with many negative emotional states, one of the best ways to counteract tilt is to simply realize that it’s happening to you.  One of the classic signs of tilt is a denial that it’s happening, or that you’re only ‘slightly tilted’ and can keep playing.

In games where outcomes are not tied directly to decisions (trading, poker, video games, business), decoupling your ego and self-worth from the results you achieve and instead investing them in the decisions you make is a good way to tilt-proof yourself.

For example, you empirically know that going all in with AA is going to make you money in the long run – so losing a single hand shouldn’t mean anything. After all, you are destined to lose 20% of the time in the long run.

If this way of thinking doesn’t quite work for you, there are practical strategies that can help as well. Often times what causes someone to tilt is the wild swings in success and failure, especially in a game like poker. If you play a strategy that reduces the severity of your swings, your emotions won’t swing as severely either. I like to think of this strategy as treating the symptoms and not the cause, but if that’s how you get started down the path, so be it.

How to Tilt Others

Another way to improve at strategic games is to increase the chances that your opponent tilts.  By doing this, you can hold your rate of tilting and your raw skills equal and still manufacture and edge in the game by decreasing the quality of play of your opponent.

Note: It might be against your ethics to engage in any of the strategies below (or any other strategies you concoct for other games), but they are useful to know to completely understand this mental model.

In poker, some common ways to put someone on tilt are:

I write about how to think and live better, as I see it. Previously Head of Marketing at Book in a Box.