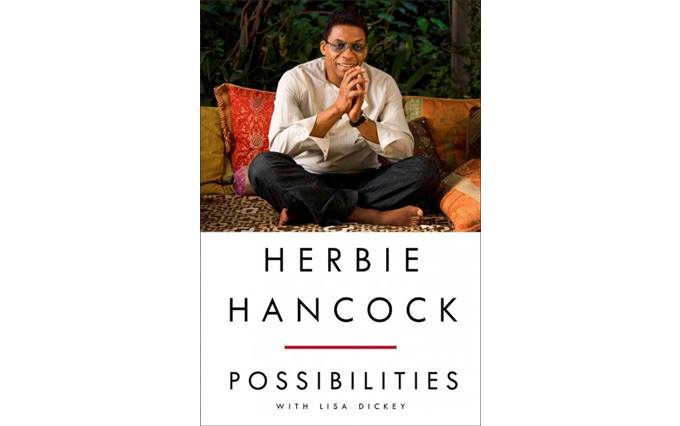 Kicking off with the early stages of his life, Herbie Hancock’s autobiography shares some crazy interesting stories of both his personal life and career as a professional musician, revealing the silly and child-like way he approached life.

For example, Hancock was famously in Miles Davis’ ‘Second Great Quintet’ in the 60s. This was thought to be the most professional band of all time. In reality, Hancock reveals that they never rehearsed and they rarely knew what they were going to play when they went on stage. They just had a really comfortable sense of improvisation and just followed Davis’ lead.

Obviously, as an autobiography, you’re hearing it from the horse’s mouth. Hancock is a character within the jazz world, where there’s a lot of lore, as he’s been a part of so many major projects. As a fan of that music, my previous ideas about him changed as I learned about the truths and falsities in the rumors about his life. This book allows the reader to truly get behind the scenes of Hancock’s life, which other stories about him don’t do.

Jazz fans or musicians, although those unfamiliar with the genre can still get a lot out of it.

People who have absolutely no interest in music. It will probably be pretty tedious and boring, because music makes up so much of his life.

It probably won’t help the reader develop any real tangible skills, but it’s more of an understanding of living life with sentiment and the spirit. It teaches you that, just as Hancock has done, it’s OK to grow old and accomplish amazing things, while never losing your optimism or sense of fun. Even while he did things that became monumental in muscial history, it doesn’t mean it has to be so serious. He approached it all with so much fun and heart.

One theme that keeps reappearing is this self-admittance of not immediately adhering to the proper adult expectation of what an experience ‘should’ be. Hancock approached situations with this childlike sense of wonder. In most cases, this ends up really working for him.

One story jumped out in particular. There was a time in which Miles Davis approached Hancock, who was sitting at the piano. He said, “Don’t play the butter notes.” Now, Hancock was a young kid, so he felt he had to do anything Davis says. Hancock acts like he understands, but in actuality, he has no idea what that means. So he comes up with this whole theory of what that might mean. He’s like, “Oh, the butter notes. The fat notes.” He then removes some of the voicings from the chords he plays in the piano.

Years later, Hancock found out that Davis was actually telling him to not play the bottom notes, which is a very specific instruction. This was one of many examples in which Hancock’s child-like sense took him in this whole other direction. He totally reinvented his playing around what he thought he heard of the butter notes, but it was something different, which ended up being great from him.

There’s a great story in which Hancock was asked to compose music for a famous 80s film, ‘Round Midnight.’ It was set in Europe, so he was required by union laws to hire European jazz musicians to play with him in the studio. However, they all were just so terrible and he really wanted to play with his crew of NY musicians. So he flew to Canada, where there were some regulations with the European Union that OK’d recording. They thought that he was going to use some Canadian musicians. Instead, his buddies from NY just drove up, and he was able to play with some of the most famous jazz musicians from NY at the time. They just recorded in Canada and put different names on it.

He did little schemes like that: they weren’t entirely truthful, but were very memorable and fun.

You should read that story, or really any other in the book, as they reveal his amazing optimistic personality. Now 75, Hancock’s an older guy. He’s unbelievably positive throughout his life, even in some really difficult situations. Everything from the highs of winning the Academy Award and Grammy, to the lows of secretly becoming a crack addict and hiding that from his family. Through all of it, he doesn’t lose this childlike wonder and optimism. That’s really the takeaway story of his life.