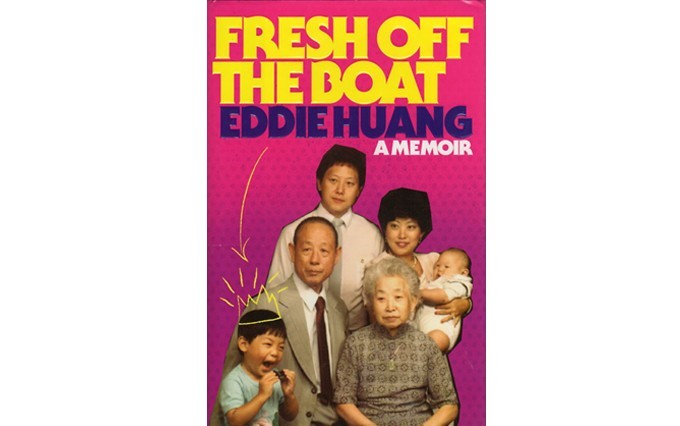 Telling the story of Eddie Huang, this memoir explores the childhood challenges of racism and stereotyping he and his family faced, ultimately illustrating how the aggressive attitude instilled in him from those experiences led him to do many positive things.

The ultimates thesis how it’s good to be different and remain prideful of one’s culture and heritage, even through marginalization. I think a lot of books try to tackle that, but this author does so in a funny and relatable style, sharing experiences that many readers may have had themselves. Born to immigrant parents living in the U.S, Huang discusses various events in his life, from hooking up with a girl in college for the first time, dealing with bullies, trying to start a business, to not feeling fulfilled in a boring job. He uses all those normal situations to accent what he has learned, while proudly and intentionally embodying his heritage.

People who are a little more conservative. He’s very aggressive and open about his perspectives; he’s definitely a liberal person. If you’re more old-school, you might not appreciate the style in which he shares his story.

It actually helped with my confidence and gave me a good feeling. It discussed how it’s possible to get out of a situation of feeling marginalized, to not feel trapped on any given path, and to pursue anything you’re interested in. That was really inspiring.

The story that stood out to me the most was when Huang was struggling academically at school. He’s obviously a smart person, but he wasn’t getting good grades, which is an experience I had as well. Even though he’s a brilliant guy–ultimately writing this book–at the time, he couldn’t write well whatsoever.

What ultimately helped Huang develop his scholastic writing skills was his interest in Hip-Hop. He would listen to the greats of the early ’90s, like ‘A Tribe Called Quest’, and ‘Wu-Tang Clan’: people who were using vocabulary and language in a great way. He actually used Hip-Hop to better understand the English courses that didn’t make sense to him, due to the way his teachers explained it to him. He was leveraging what actually interested him to help him level-up and make progress in his education, as opposed to just relying on the standard path that wasn’t really working for him.

Go right to the section where he’s already grown up and done with law school. That’s when you see his hustle really begin. Huang’s whole childhood is very interesting in how it formed who he is, but when he finishes law school and becomes a lawyer, he realizes he hates it and quits. He then gets involved in some side businesses—some legal and some not—ultimately leading to the start of his first restaurant. That’s the most inspiring part, because he’s such a scrappy entrepreneur.