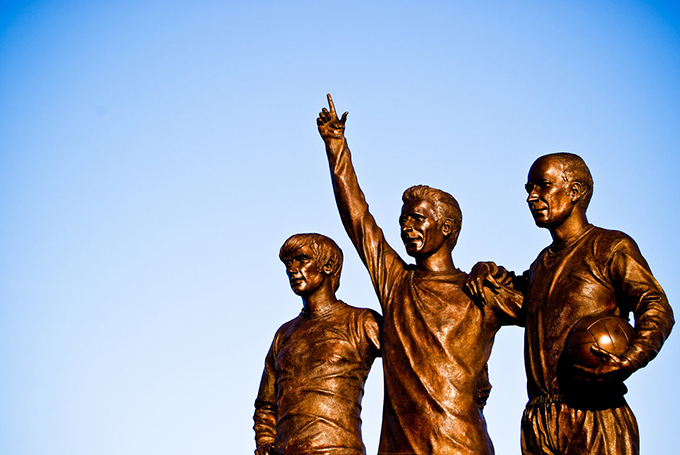 In Roman times, there existed a coalition of men known as The First Triumvirate.

The alliance of Julius Caesar, Pompey the Great, and Marcus Crassus was an attempt to consolidate the political power in order to gain sway over the Roman Senate.

Eric  Schmidt, Larry Page, and Sergey Brin formed an unofficial triumvirate as the three leaders of Google, one of the most powerful tech companies in existence.

​In China, Huo Guang, Jin Midi, and Shangguan Jie formed a triumvirate in order to sway the decisions of the emperor who was in charge at the time.

So, what exactly is a triumvirate? ​

...a group of three powerful or notable people or things existing in relation to each other.

Create Your Own Triumvirate

Most of us aren't destined to become our nation's leaders, or even CEO's of large companies - it's just not in the cards. However, we can still learn quite a bit from the power of a group of three men banding together for mutual benefit.

The power of the triumvirate is in composition and number.  Two is too few and can create an adversarial relationship at times.  Four leaves room open to form two groups of two, and can be just as adversarial as a group of two men.

So three it is.

When seeking two men to invite into our inner triangle, we might be tempted to find people that are just like us. After all, won't they be the most likely to encourage us along our path and help us achieve our goals?

I'm not convinced that's the case.  In fact, I think we should look for the opposite:

Two people that are very close to us in age, but hold different skillsets and often times different beliefs.

That being said, these men need to have the ability to accept differing opinions and respect the goals and values of others.

The Goal of a Triumvirate

The goal here is to have a group of men that can share just about anything with one another with no fear of blame, judgment, or shame.

A group that uses its different sets of strengths to shore up the weaknesses of each individual, and challenges each individual to truly examine their core values and beliefs​.

For example, let's imagine you bring marketing skills and an entrepreneurial mind.  You like ​to read about a variety of topics and also play music.  However, you've been struggling socially, or have problems eating well and staying in shape.

It'd be a good idea to seek​ out men that are athletes or salesmen.  Make sure that they have a need for your skills as well, otherwise it's a take relationship instead of a give and take.  Also make sure they're compatible with you, in that you can connect emotionally in some way that's beyond the raw benefits that you provide to each other.

If we do this right, we end up in a group with two other men that are constantly pushing us to grow out of our weaknesses.  Of course, we're doing the same for them.  You can think of it as having two mentors helping you in areas of your  life you're bad at that also happen to be great friends who you can confide in.