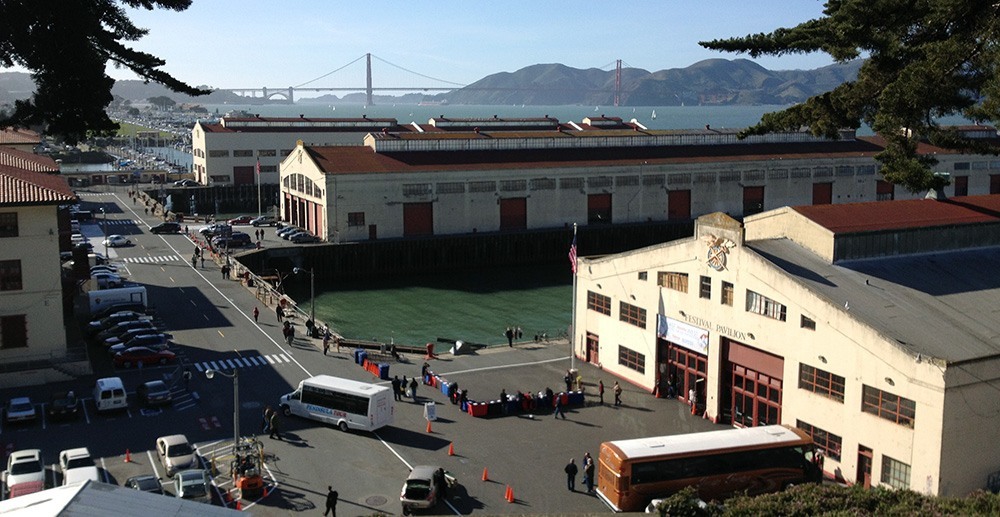 A few days ago I was at Launch Festival in San Francisco, hanging out around the Product Hunt AMA stage. I was with a friend speaking on that stage later in the day. This friend is a guy that is legitimately famous, which means a certain group of people either idolize him or really look up to him.

Naturally, famous people get approached all of the time, especially if they're hanging around in a place where a lot of their 'fans' are - and Launch Festival was one of these places.

We were sitting on a couch drinking some non-GMO, gluten-free, watermelon-flavored water - yes, those words were actually printed on a bottle of water - and a guy walks up to us from the side:

They talked about business for a minute or two before the guy asked my friend for a picture, saying, "You're like...my idol, man."

I grabbed the guy's phone and snapped a couple of pictures of the two of them, and we sat back down.

After about ten more minutes of slightly awkward and forced conversation, another guy sat down on the couch next to us and introduced himself to my friend. Here's how he did it:

My friend turned to him and they started to engage in a natural conversation.

Matt and my friend talked up until they both went on stage to speak. After they were done, they hung out for the rest of the day at Launch Festival, introduced each other to more interesting people, and ended up partying together the next night.

So what happened here? Why did one guy succeed at 'networking' and the other fail? There are a lot of factors at play - some controllable, some not. As the fly on the wall in the situation, I'll try to break down what I think happened and what I learned from the interactions.

The uncontrollable factors here are that the random guy is simply lower status than Matt, so is starting from a worse position than Matt.  Random guy can't fix his objective status while in conversation, but he could have shifted the conversation and his approach in a way that allowed him to talk to my friend on a level playing field.

The controllable factors are all of the verbal and body language signals that the random guy gave off to make it clear that he thought of himself as lower status, and thus approached my friend in a different way.

Conversationally, he could have shifted the topic to something that both he and my friend knew the same amount of information about - something where the playing field is level.​

He idolized my friend in business, but maybe they had a common hobby that overlapped.  If he happened to have more value to give about this hobby, all of a sudden he'd be contributing something to my friend rather than constantly taking away.

This would raise his perceived status for the interaction and make it much more likely that the context switches from "fan/hero" to "friend/friend", or at least gets him closer to the type of interaction that Matt had with my friend.​

You're either a giver, taker, neutral, or a mirror.  When trying to meet interesting people, try to be interesting, give value, and act like a friend - that's really the only guiding principle ​behind successful networking you need to follow.